Motivated by the movies

That city.  It needs to be flatter.

So, I wanted to talk about the recent Pacific Rim Uprising movie release and how it's influenced my hobby drive.  As you'll probably guess from my blog title, big creature features are something I'm into in a big way - if you don't want to read a madman's frothings over big ol' monsters, then look away now!

It's easy to start a big project then get distracted by the next big thing, particularly with the pace of new releases for games such as 40K and Age of Sigmar being so prolific.  As such, I have a number of projects which I have started with the best of intentions, but have ended up on the back burner because I saw something new and got distr... 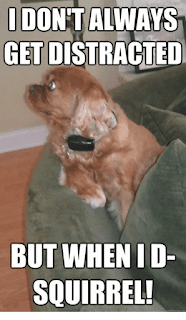 I was so excited to see Pacific Rim Uprising as I was such a massive fan of the original.  Giant robots fighting giant monsters - what's not to love?!  It's not everyone's cup of tea, but it does irritate me slightly when people go to see a Kaiju / robot movie then complain that it was all pew pew lasers and fighting.  It's kind of obvious what the film is going to be about; if someone's engineered a giant robot, it's probably not for stacking shelves or starring in their own sitcom... 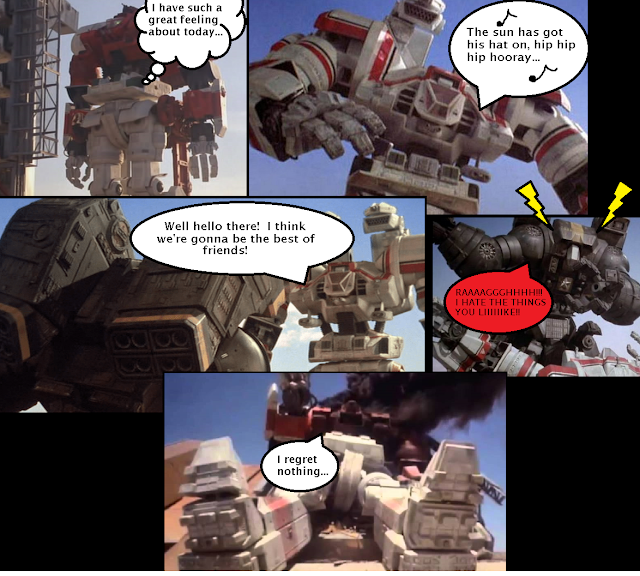 Now Uprising isn't without its flaws - some of the acting and writing is just about on the right side of camp and the action sequences don't have quite as much impact as the original movie did.

It does have all new Jaegers and Kaiju in it though - rather than re-treading old ground, they've gone for something a little different.  For instance, the Jaeger builders have clearly realised that shooting and stabbing works better than punching and kicking giant monsters to death!  As such, the Jaegers are armed with a plethora of new and interesting weaponry! 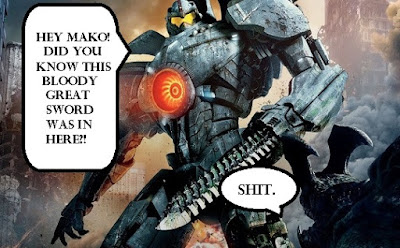 That said, I do feel that it loses some of the scale and charm of the original movie where the titanic mechs and monsters grappled and socked each other in the kisser at relatively slow speeds.  It added gravitas to everything they did instead of feeling like action figures hopping around the city (bloody transformers movies...).  It's not surprising given that Del Toro wanted the original to take on aspects of luchador wrestling which he enjoyed as a child.

Despite the shift from Godzilla style fist fighting, it's still very enjoyable if a bit silly in places.  But how does that tie into my hobby I hear you ask!  Well, it doesn't tie in directly, but it has spurred me on a bit with some long-standing unfinished projects involving giant robots and hideous monsters!  I tend to go through creative spurts when something captures my imagination...

First up is my Reaver Battle Titan Ferrum Dominus of Legio Metalica.  I've been working on him on and off for a few years and Uprising has given me some impetus to get him finished!  So far, I'm particularly proud of the sculpted badge on the carapace and how nice it looks painted up.  Since the pictures below were taken, he's come along a bit further.  Expect more pictures in a future post when he's finally complete! 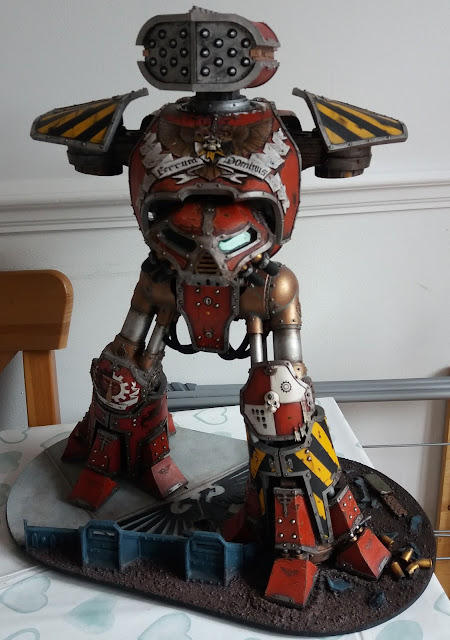 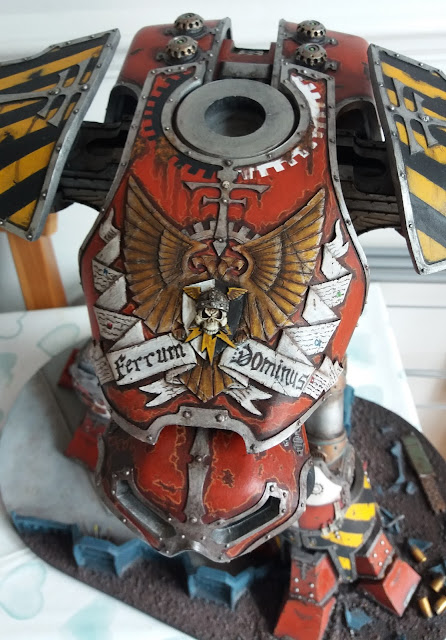 Next is my Tyranid Dimachaeron.  When it was released I was completely stoked to find out that Forgeworld had produced a Knight sized Tyranid monster only to be completely underwhelmed by the actual model.  For me, it was definitely a case of good concept, poor execution.

The rule-set for the Dimi has always been really strong and I loved the concept so embarked on creating my own vision of what a Dimachaeron should be!

I looked up some other conversions on the net and took inspiration from a couple of sources (which I'm afraid I can no longer find!) and turned my attention to the Tyranid Bio-engineer's best friend; the Tyrannofex / Tervigon kit.

It's relatively low in price compared to some of the other large Tyranid kits and it has a great range of components.  I'd highly recommend it as a starting point if you attempt to build your own Dimachaeron!

This beast was Inspired partly by the spiky insectile Mantis Kaiju from the old movie 'Son of Godzilla' and the wibbly Cthulhu faced Tyranid assassins that are Lictors. 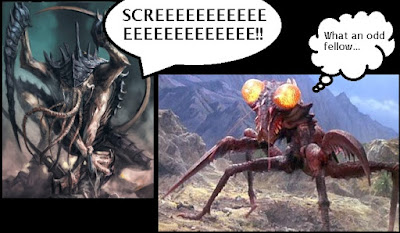 I made this beast well over a year ago now, but still haven't gotten round to painting him.  Big fighty monsters at the cinema have given me a boost to get him done though! 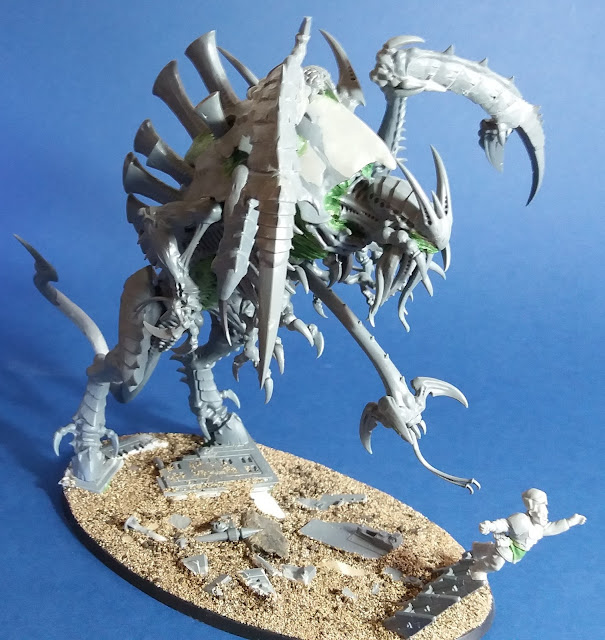 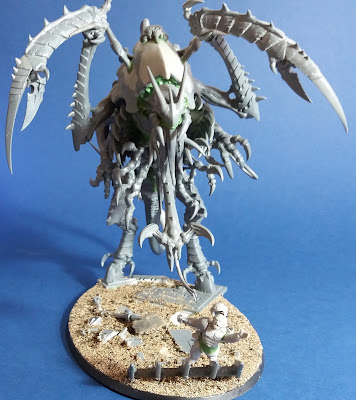 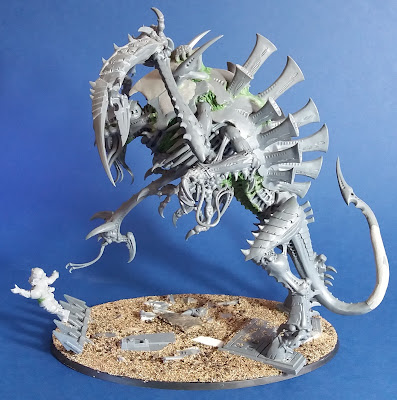 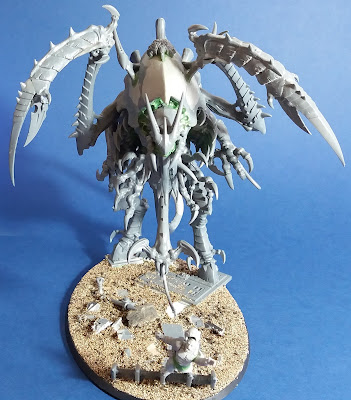 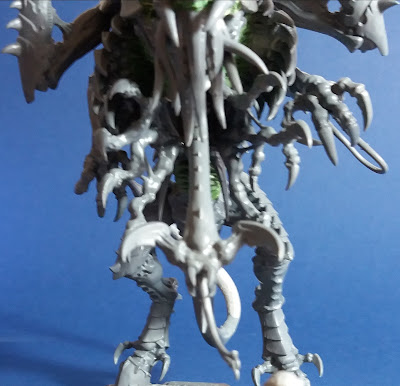 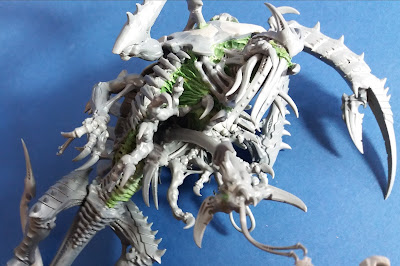 That's all from me for now!

Looking back on WD Battle Reports

I came across an older article today and thought I'd resurrect the discussion which was so eloquently laid out by the author (neverness).  I'd urge people to go and have a look through his post as it really does describe exactly how I have felt about battle reports in White Dwarf over the years!

The absolute low point of battle reports was in the accursed Warhammer Visions publication doorstop which genuinely almost brought me to tears.  It was the epitome of everything I hated about GWs attitude towards big fat money sacks (their customers as we're known again now).  In this £8 advertising supplement, the 'Battle Report' was a two page spread with some really dull one line comments.  It may as well have just been a Codex 'flavour' pic.

Looking back on the battle report heritage of GW, it's hard to see how they fell so far.  But my question is whether or not they have recovered from this face plant.  My conclusion is... sort of.

Battle reports began to interest me again since WD was brought back in its monthly format - which is also the first time I re-subscribed to the magazine after cancelling in disgust at the Visions / WD Weekly shitfest. .  While not exactly a radical reinvention of the magazine, it did at least return with some of the content which I used to enjoy even if it still contains a lot of rampant marketing junk.

The battle reports are still very new army-centric and rarely feature themed armies or any which have not received a new codex since the latest edition dropped.  I can forgive them that though as they've at least started to return to form.  The content is more engaging again, but as neverness wrote in his blog post, tactical planning, execution and review is still very thin on the ground and is often guided purely by one new character combo or new unit's 'time to shine'.

What I will say for the new battle reports is that while they were gone (DAMN YOU VISIONS!), the player community filled the gap by expanding the available content across the net.  GW seems to have realised that they're nothing without the community.  People who build enthusiasm and additional spin-off content on the net.

GW are running to catch up now that they have at last re-engaged their community and I think that's a good thing as the magazine battle reports are now being held to higher standards with player content some times outshining the dry GW coverage of new releases.  The rigorous battering that new armies and rules get on the net is forcing GW to be more insightful in their articles as they know that a few pictures and one-liners just doesn't cut the mustard any more!

Lastly I'd like to share my favourite ever battle report with you.  If you've not read it, go back and take a peek, it's worth the read!

I must have re-read this battle report a hundred times!  It's an absolutely huge Apocalypse battle, which also being fought across several smaller tables - each had their own theme and mission objectives which then tied in together on the main table.

The fact that the players had individual objectives led to some hilarious antics as one of the Ork warlords had to 'accidentally' take out a rival whilst Phil Kelly's Warboss is ordered to 'Kill something big' and subsequently punches out a Warhound titan before being turned into red (green?) mist by the whole Imperial Battleline!

It makes me cry with laughter whenever I read it.  Also, the fact that there are so many Stompas (11 I think), really gives it an epic feel! 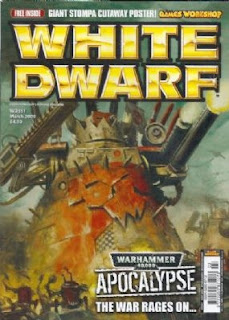 Thanks go to neverness for inspiring this random post!  His 'not-squat' drawing is great and makes me want him to revisit his fanzine vision in web format! :)
By Goddenzilla No comments:
Email ThisBlogThis!Share to TwitterShare to FacebookShare to Pinterest
Labels: Batrep, Goddenzilla, KaijuCountry, Warhammer, WhiteDwarf
Newer Posts Older Posts Home
Subscribe to: Posts (Atom)