The Fisher King's Court has now grown by two new Knights and there are more reinforcements on the horizon! 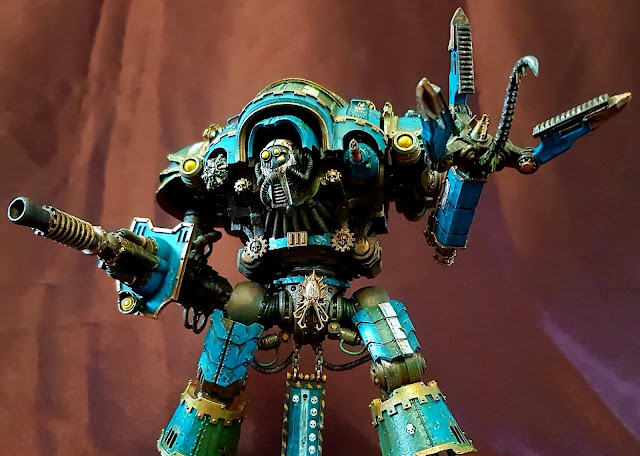 I finished most of Deep Dive some months ago, but never got round to tweaking the last few elements and taking some decent pictures.  Unfortunately I didn't take any WIP images, but you should be able to make out most of the details in the images below...

Reef Thresher is a Cerastus Knight Lancer which I converted from an Atrapos chassis in a similar way to the original Fisher King conversion.  I needed a second Lancer class knight in order to use a Cerastus Knight lance (minimum of 2 Knights) at the next Titan Owners Club walk in June.  She was a lot of fun to convert and I'm really pleased with the final result!


Here are some WIP images I took while making Reef Thresher...

What the future holds....

Mudskipper is the third Armiger class knight which I've made for this force, adding the long-range armament of a Helverin Knight 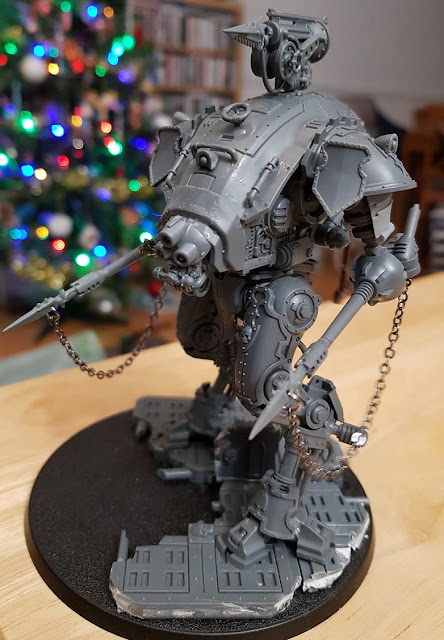 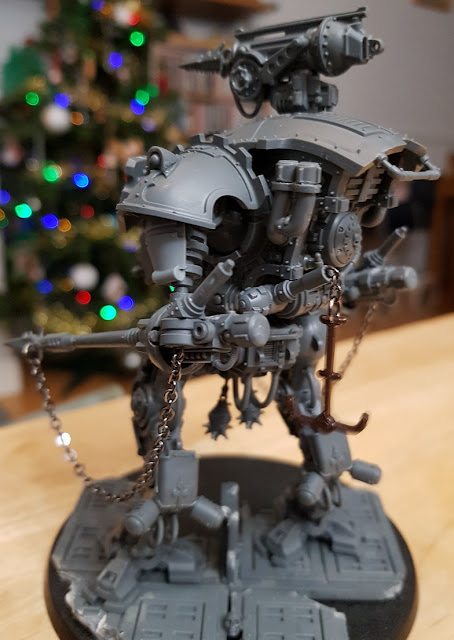 I have a further two Knights in progress, but I'll be saving them for a future post.

For now, enjoy a couple of group shots - thanks for reading!

Dare you venture Into The Depths?

I've been planning an Age of Sigmar narrative event for almost a year now.  Although it's still at least a few months away, I wanted to give people a bit of a taster of what's to come!

You are the lord of a growing warband seeking coin and glory for yourself and your chosen Gods.
Following Nagash’s great Necroquake, whispers of newly revealed dark places, across the known realms have been carried to your ears.  Rarely do opportunities for such riches and power present themselves in these troubled times.  Although you move quickly to gain advantage, you are not the first to overhear talk of these places.

Tracking the source of the rumours is not easy, but you and a variety of your rivals eventually find your way to an isolated mountain shack within Chamon’s desert wastes.  From the outside, the shack resembles a poorly maintained mud hut, smelling strongly of decay and littered with the bones of what you hope were animals…  You pull back the ragged skins covering the entrance revealing what you first thought was a stinking pile of leather and rags until it speaks…

“My most humbled Greetings honoured guests!  The rumours you have heard?  Of course you have, yes!  Come to seek the truth of them?  Yes, yes of course; a much-wise leader would surely not pass on this greatest of opportunities for glory, riches and power!  Wish to hear more you do?  Then be comfortable in my humble dwellings and let me impart the knowings of which I have.

Of the recently discovered dank-dens I speak – by umbral portal, stony pass and hidden fissure have long forgot caverns been found.  For the knowing of ways and the guiding of feet you have come like many before you.  Few have returned from the goings, but those of the coming have given me their wisdoms that I might pass them on to far worthier men such as thee…

Guide your ‘parties’ I shall, to the entrances – but never until the mappings and warnings I have given you!  Of the depths we may know little, but to other more… exotic beings, the caverns are home.

To assist old Trelok in recalling knowings, he requests… a donation towards the upkeep of his fine abode!  Rarely after all, are wisdoms gleaned with no risk to self; perils of great magnitude have been faced in the gathering of the truths which Trelok speaks!  And the truths could save you undoings when venturing into the depths…”

Old Trelok collects your offerings gladly in a filthy bowl, coughing affectedly at anyone trying to avoid the giving of coin.  He quickly squirrels the coins away, hiding them deep within his ragged clothing.

In return, Trelok produces a dusty journal and unfurls several large maps.  He explains that 8 caverns have been discovered across the realms.  Each holds valuable treasures but also great peril for any who enter.

Although whispers of a 9th have been heard, he has no further information regarding what he calls the ‘Greathold of the Trogg-King’.  He muses that any who discover information as to the whereabouts of this cavern might be rewarded for such a contribution of knowledge…

Trelok offers his disgusting hut as a treasury for your most valuable findings.  Each warband is provided with a chest which Trelok explains will be protected by powerful magical runes which will prevent them from being opened by anyone but the pre-determined owner.  After testing the chests exhaustively, each warband agrees and sets off with hastily taken notes in order to venture Into The Depths…

Here are a few of the cave maps and some of my sketches which all form part of the event itself:

Suffice to say that there are a lot of custom miniatures and scenery in progress at the moment along with some other surprises such as special items I've made for the event like this prototype... 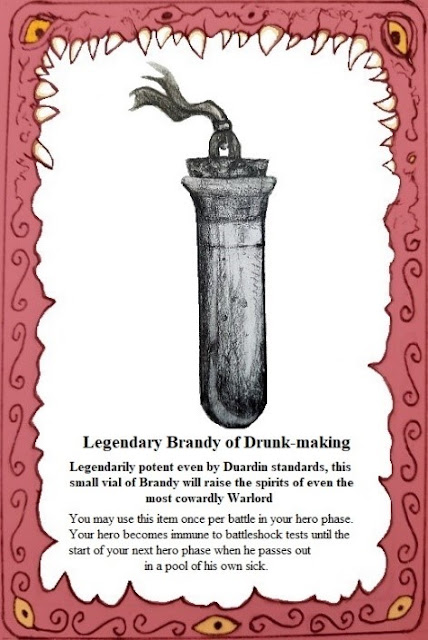 Watch this space for more info in the near future... :)
By Goddenzilla No comments:
Email ThisBlogThis!Share to TwitterShare to FacebookShare to Pinterest
Labels: Age of Sigmar, Dankhold, Into The Depths, Stalagsquig
Newer Posts Older Posts Home
Subscribe to: Posts (Atom)