TideBreaker and The Royal Court

From the depths they rise!


Anyone familiar with my blog can't have failed to notice my Imperial Knights; chief among them being The Fisher King.  I've now completed the third Knight in this little collection: Tidebreaker.

As well as showing off some pictures of her, I've included some extra pictures of the group and of her brother Knight Shellback and also some more details around the concept and their background -  Enjoy! :)

The Protectors of Corbenic

The world of Corbenic was settled thousands of years before the reclaiming of the galaxy by humanity during the great crusade.

Its original colonisation in the Age of Technology required the construction of vast artificial continents.  These colossal landmasses were created then garrisoned by a massive cohort of Imperial Knights which had been specially modified to cope with the unusual demands of the rich oceans that they would need to traverse.

Although cut off from the rest of mankind during The Age of Strife, Corbenic weathered the horrors of Old Night, but only with substantial losses to its Knightly orders.  When the Great Crusade reached Corbenic, the planet appeared untainted by the warpstorms which had ravaged so many other planetary systems.
﻿﻿
But to believe that the only danger the colonists faced lay with the capricious tides of the warp would be folly.  Despite its natural beauty and bountiful seas, Corbenic required the massed deployment of Knight Armour for good reason.  For within the oceans dwell gigantic beasts; titans of the vast seas, who's attentions leave only destruction in their wake.

The mightiest of these creatures patrol the oceans in search of prey and jealously guard their territories - woe betide any careless freighter venturing out into the great dark Corbenician seas without adequate sonar detection and countermeasures...

Attrition from hunting these great beasts slowly saw the armoured Knights dwindle until but a few remained.  It is said that when the God-Emperor himself set foot upon Corbenic, he charged the remaining Knights with the sacred duty of protecting this majestic realm.  For the Emperor knew that now the storms of the warp had abated, other jealous eyes would fall upon the rich waters of Corbenic, thinking to claim its riches for themselves.

And so, in the 41st millennium, only a handful of Imperial Knights remain, loyally patrolling their homeworld, endlessly vigilant, forming The Court of the Fisher King.

Designation: Shellback
Chassis: Armiger Warglaive
Piloted by: Patrcocles Hiralden; First son of the Count and heir to the Throne Mechanicum of The Fisher King 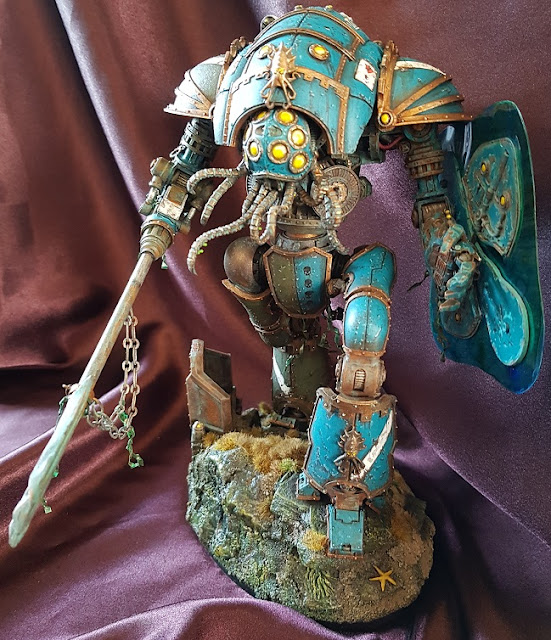 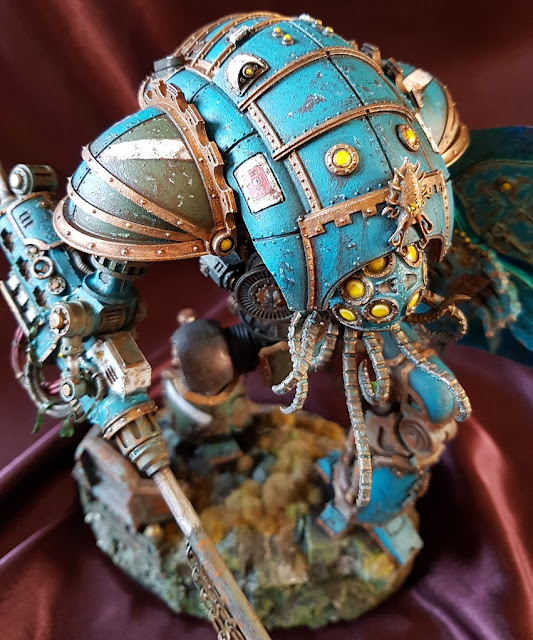 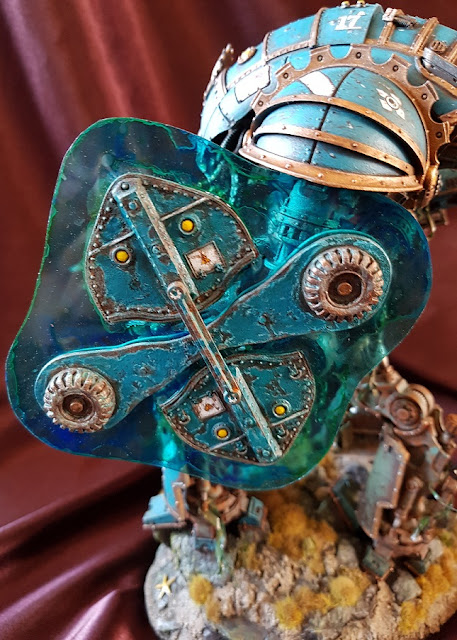 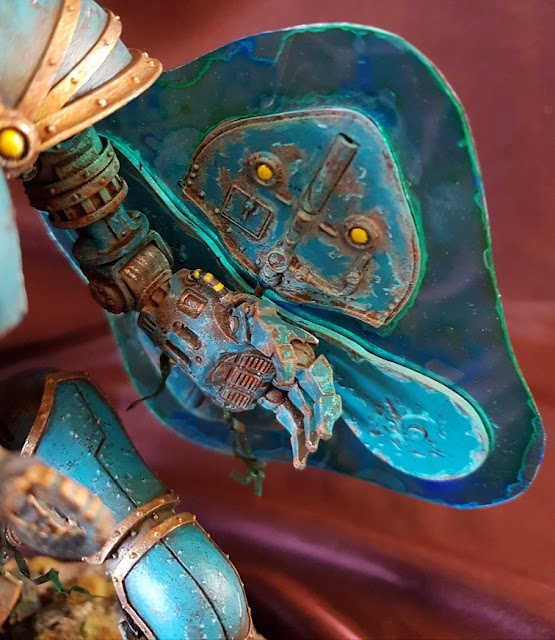 Designation: Sacristan Nautolex
Primus of the Corbenicium Mechanicum and Loyal servant of the Court 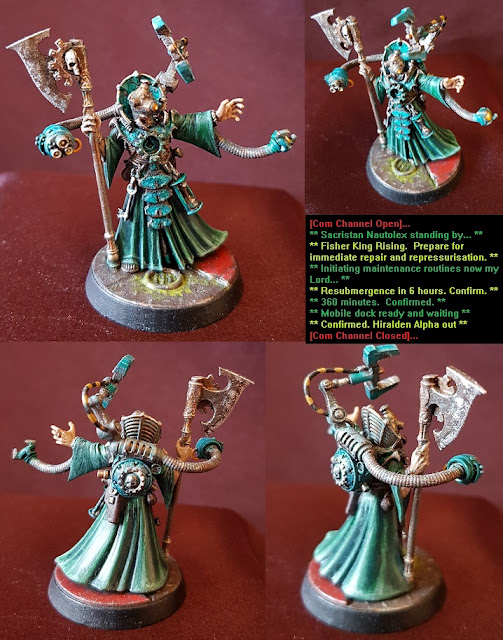 Delving into the Archives

Seek and though shalt find some old stuff

I thought I'd share these as I'm still quite fond of the concept behind each of the groups - I put together several groups of miniatures for a gladiatorial style 40k weekend called the Blood games.

Each team presented a different challenge and increased in difficulty as the player teams upgraded with cards that they could buy from the 'shop' after each battle.

It was a big undertaking as I ended up building and painting all 16 sets of adversaries on my own so that it was a big surprise for the players; not knowing what they were facing was key to the success of the Blood Games as they had to bet on who would win or lose their battles.  They could then use the coins they won during battles or in betting to either bet on the next round of battles or buy upgrades from the shop.

At some point, I may well convert the rules and teams into 8th edition and run the event again as it was a lot of fun!

All of the teams had a theme and all 8 players would fight as and against each of the arena teams with their own champion.

In order to make things a challenge, the teams were organised into 3 tiers.  Tier 1 was grinding chaff - killing them all within the time limit was a real challenge for more elite layer teams.

Tier 2 was a different kettle of fish.  Tricksy and tougher enemies made defeating the arena far more difficult.  The two teams below were both from tier 2...

At first glance, these guys didn't look too challenging for a player team to overcome.  But that's because, there was a sting in the tail.  As soon as the Archon was killed, he would curse the galaxy with his dying breath and submit to the rage of Khaine, becoming a living idol of destruction - an Avatar of Blood...

This team was a lot more straightforward from the player's perspective, but still packed a punch.  The hydraleth happily spewed flames over a more than one unsuspecting champion! 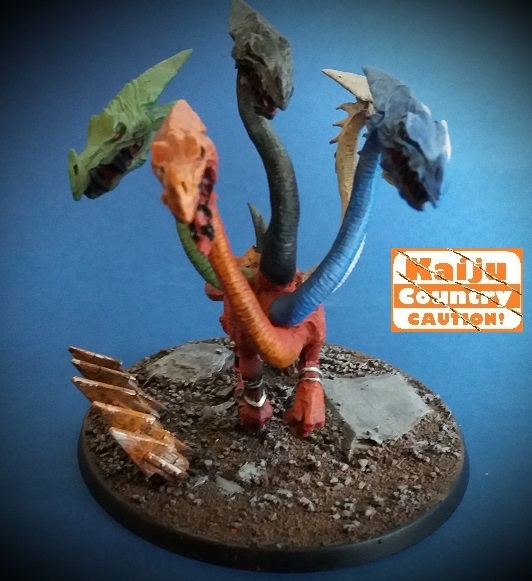 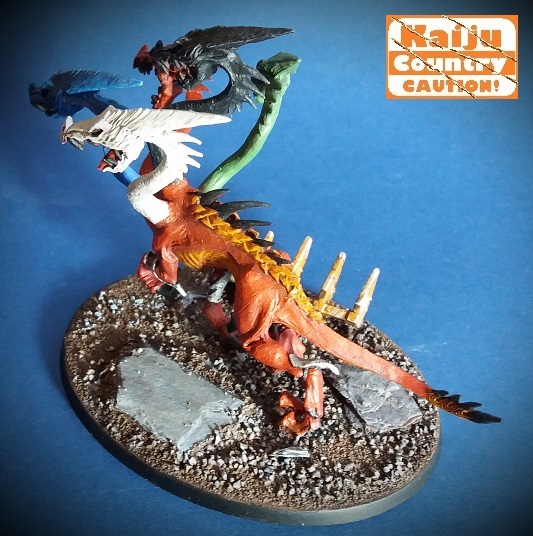 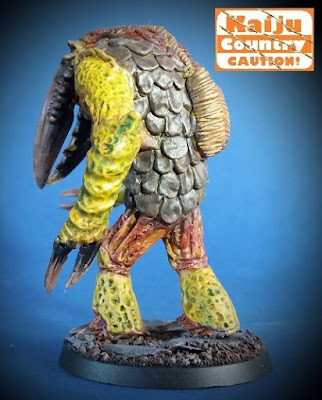 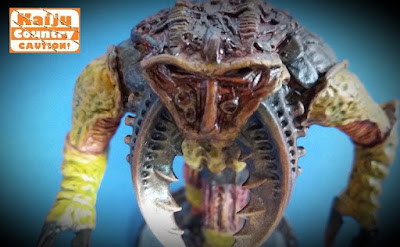 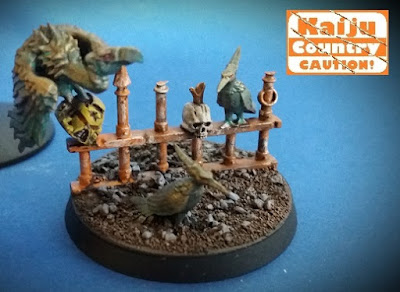 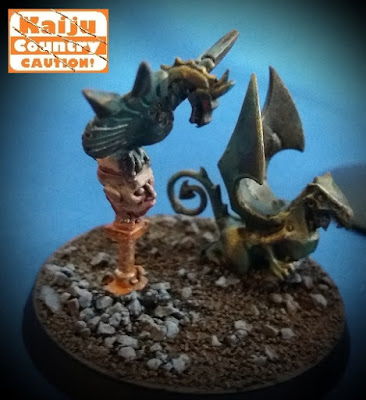 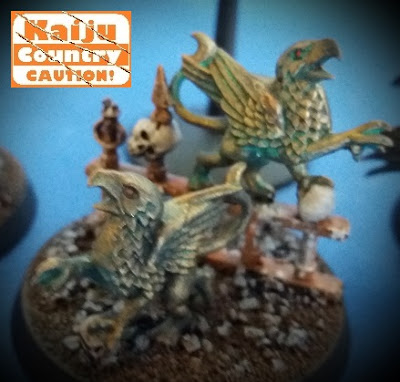