Armies on Parade and a Monstrous Engine of Pain

The Court on Parade 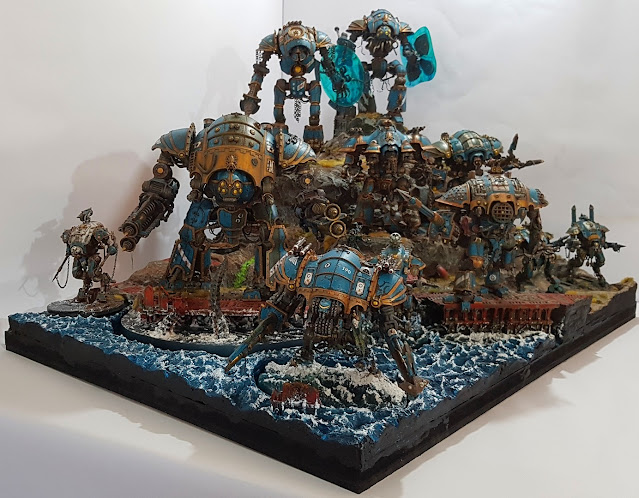 After a couple of years painting them and a few weeks creating their display board, the Court of the Fisher King were finally ready to be submitted for the 2020 Armies on Parade online competition!

Building the display board

In my last post, I showed a few images of the poly sculpting I was doing to get the basic structure for my display.  Here are some more images covering off the rest of the process!

I realised a couple of weeks ago that with all of the knights and titans on my blog, I have completely neglected to produce anything even vaguely resembling a giant monster for some time and that I needed to remedy this by finishing some of my kaiju backlog!
As a result, I finally completed my Drukhari Wrack Knight with a lick of paint!  I'm so pleased with how this monster turned out; he's so unique while fitting perfectly into the coven.

Where the Hex are the rest of them?

As I've not shown them on the blog recently, I thought I'd also take a few group shots of the Coven so far - enjoy! 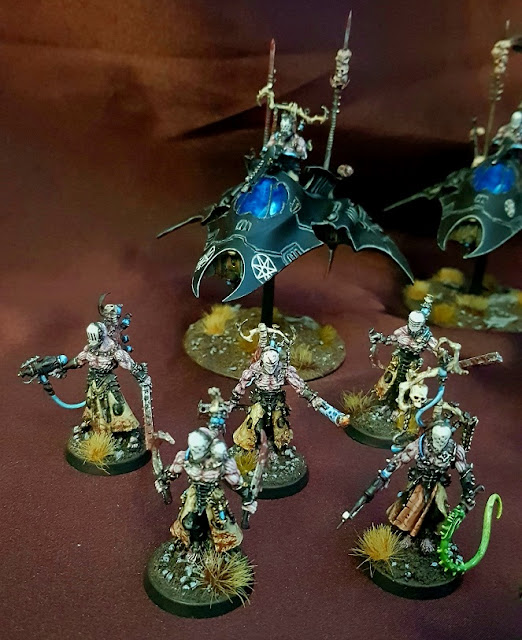 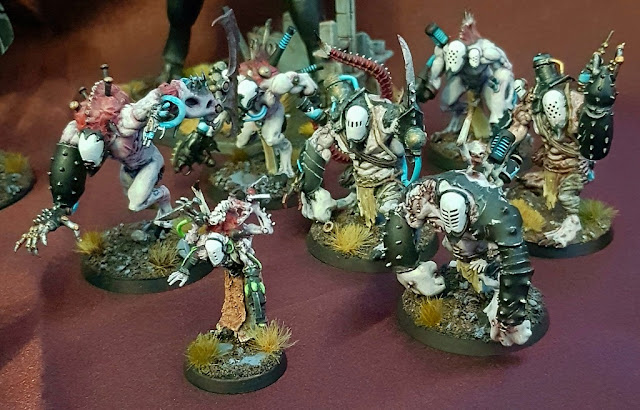 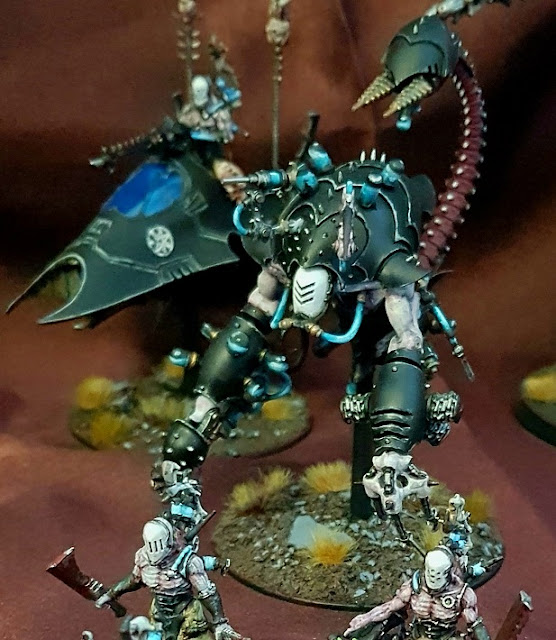 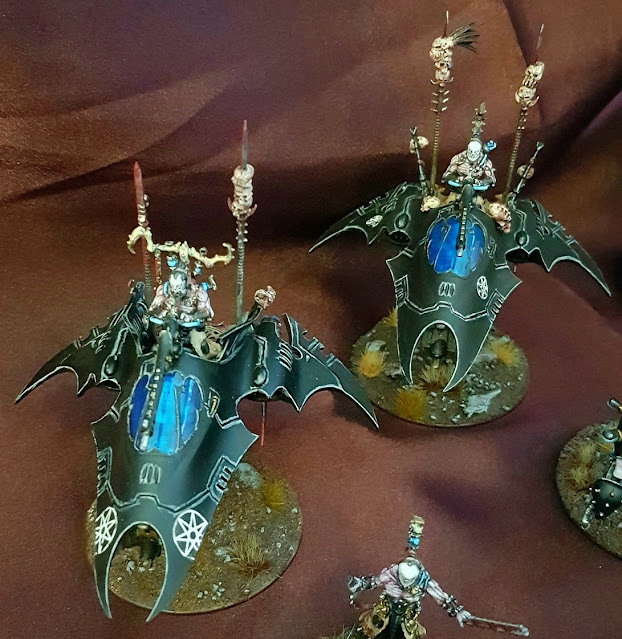 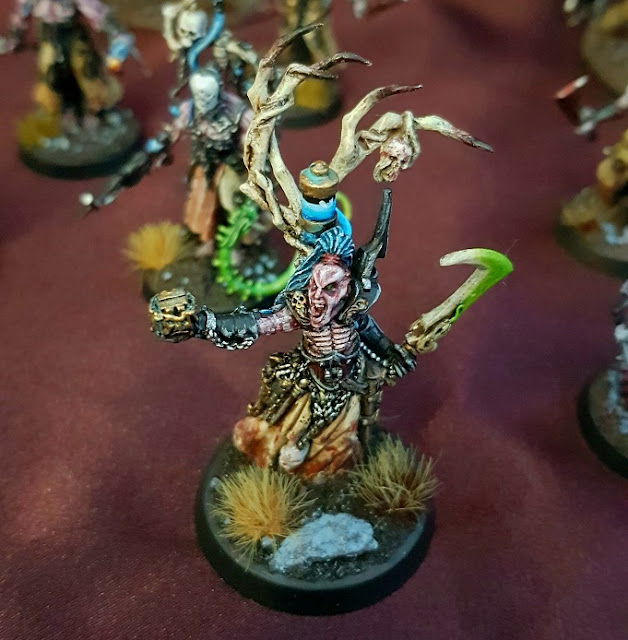 Last but not least...

I decided it was time to dust off the Tantalus and start painting... 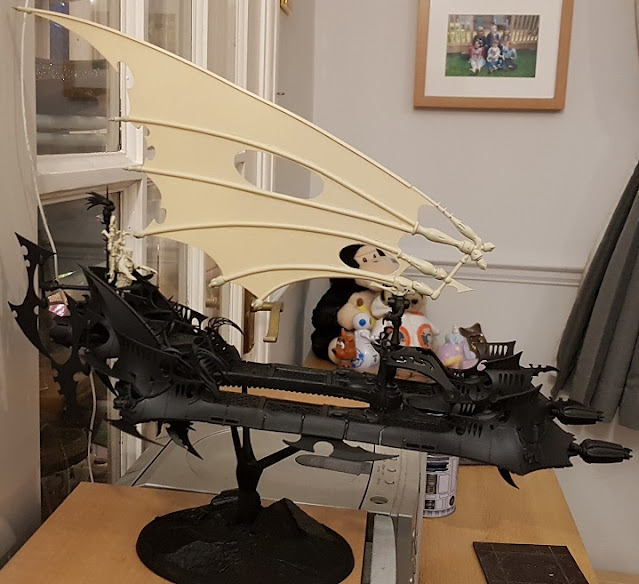 The 11th Knight, Raven's call and armies on parade

This post is a bit of a mixed bag, with two new knights, a couple of new group shots and some armies on parade WIPs - enjoy!

In my last post, I hinted that I was working on one final Knight to bolster the ranks of the Fisher King.

Well, Shock Manta is now complete and I'm very pleased to add him to the court.  Ever since the were released, I've been eyeing up the Chaos Knight chassis - their double jointed knees, exposed carapace piping and stylised plating just screamed Fisher King to me!

The concept for Shock Manta was for a kind of deep sea spear fisherman crossed with Murmillo a gladiator!  Murmillo's were famous for their large Ovoid helmets and their asymmetrical shoulder armour.  Although I didn't want to completely strip one shoulder plate from Shock Manta like a true Murmillo, I did decide early on that I wanted two distinctly different shoulders.

As for the spear fisherman look, I think that's fairly self explanatory, although I'm glad I went with the t-strike gauntlet to help him reload his giant spears as it gave rise to the spear hopper at the back as well!

All in all, I think Shock Manta has a very unique look while still dropping seamlessly into the army - I hope you enjoy the pictures!

Due to Covid-19 lockdown measures here in the UK, the Court of the Fisher King hasn't yet made the trip to Warhammer World for a guest exhibition as planned.  Obviously I'm disappointed, but the display should still happen at some point next year once the world rights itself again!  While Covid measures have limited many things, Games Workshop have moved with the times and have shifted Armies on Parade to an online competition this year.  As I've already constructed an army, I decided that I should make it eligible for the competition and make an entry!
In order to compete, I needed to make a display board for the army.  I wasn't happy to simply display my themed army on an unconnected board, so I set about designing one which would not only incorporate all the bases of my knights, but combine them into one cohesive display piece.

The ranks of House Raven swell!

Finally, I wanted to show some pictures of my most recently painted House Raven Knight Paladin, Cognis.