Previously on the Road to Golden Demon...

In my last post, I spoke about what I'd be entering into Golden Demon this year.  Now I'd like to show you the finished entries and talk about them and the event briefly.

In the end, I completed all of my entries, submitting 7 pieces (listed below) on the day.  Although I didn't take home a trophy, I was very pleased to get a Finalist Pin for my Mollog's Mob entry.

To be completely honest, I was surprised I even came away with that as both the quality and volume of entries was absolutely staggering!

As I've covered them several times in the past, I won't go over my first three entries again - you can find them easily with my blog tags.

I'd like to run through entries 4 to 7 though, with some nice images of the completed miniatures and a few WIP pictures for the ones I haven't shown on the blog before. 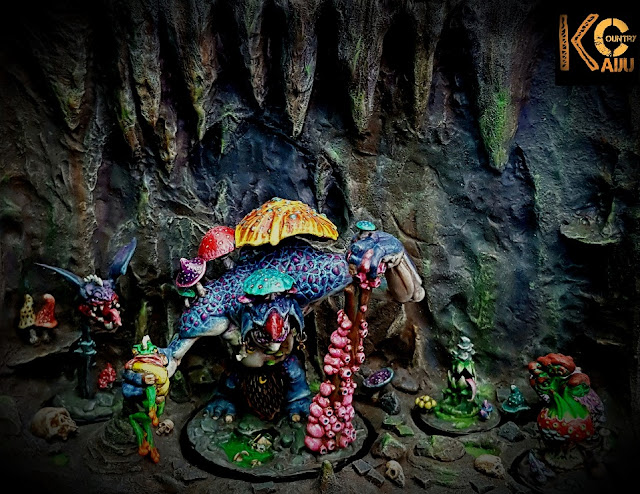 I love to make things; that much is obvious.  I think I'm pretty damn good at it.  Unfortunately, my painting is distinctly average.  As Golden Demon is primarily a painting competition, taking home anything at all was going to be a big ask for me.

So, imagine my delight when I received a Finalist pin for Mollog's Mob!  I worked so hard on these guys and I'm really glad that was recognised!  For anyone not familiar with the Golden Demon awards, there are trophies for Gold, Silver and bronze, then a small number of finalist pins (normally 2 or 3 per category) for people who made the final cut, but didn't quite make the trophy shelf! 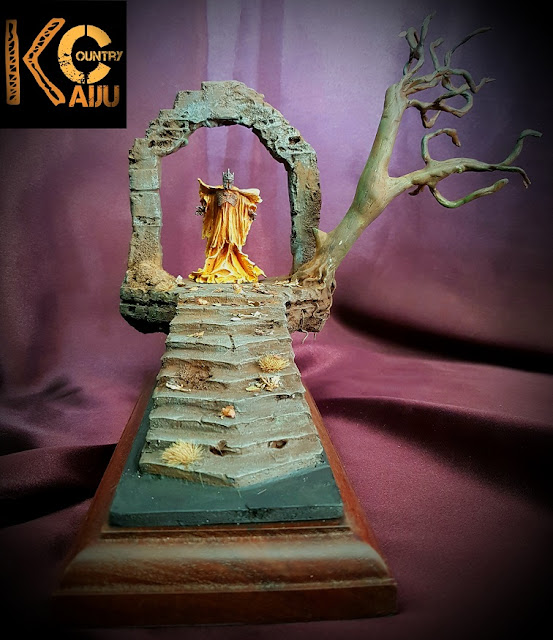 I showed this entry as an early WIP in my last post; below you can see some completed images.  I feel that this entry never quite came together the way that I had originally envisaged in my mind's eye.

I originally wanted to sculpt fire out to the edges of the arch to make the eye of Sauron with the actual model as part of the flaming effigy.  This idea had to be scrapped because I was running very low on time.  As you can see, the final entry just didn't have the gravitas I was hoping for and I wasn't surprised that I didn't place with it. 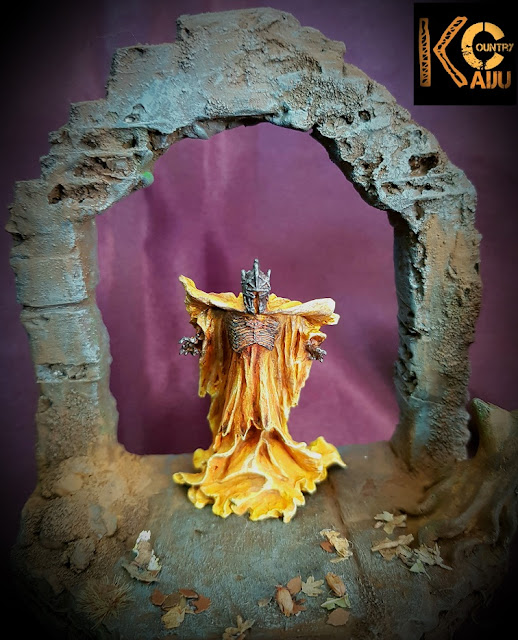 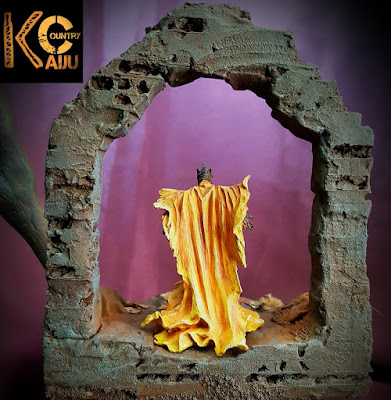 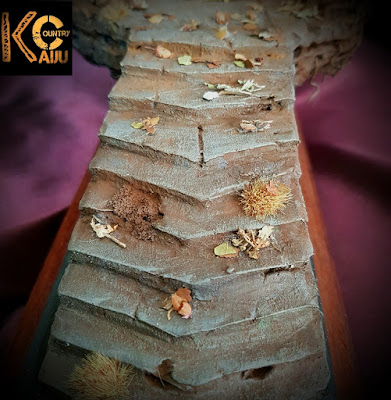 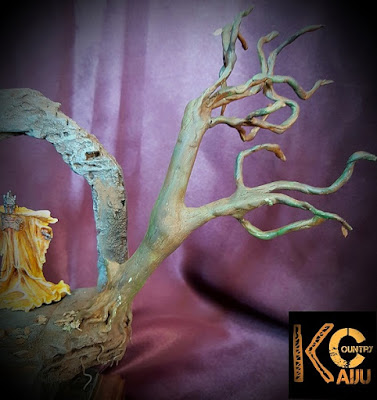 This piece was a labour of love from start to finish.  I had always wanted to paint Throgg the Chaos Troll King since it was released around a decade ago.  It was only when Games Workshop offered him briefly as a soon to be retired miniature with their made to order service that I decided to pick him up for a Golden Demon entry.

Finding someone or something for Throgg to do battle with wasn't easy - he's a large model and his pose is normally rather static.  When the new plastic Karanak sculpt was released as part of Wrath and Rapture, I snapped up a spare which a friend had after buying two copies of W&R.

I estimated that Karanak would be roughly the right size and that with some tweaking to Throgg, a scene with the two grappling for supremacy could be engineered!  I carefully cut the stone hammer from Throgg's foot and moved it to his raised hand, re-sculpting the haft and flat top edge to make it look as though the previously idle maul was now swinging through the air towards Karanak!

But Throgg wasn't having everything his own way as Karanak's bloody mouths and his savaged forearm show...

Although this piece didn't place (it was originally intended for the small scale category, but was moved to the Duel category instead), it got a lot of attention on the day.  People genuinely couldn't believe that I was made enough to make the Gorkanaut from scratch.  Well, below are the WIP images to prove my insanity! :) 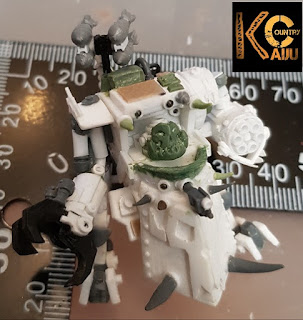 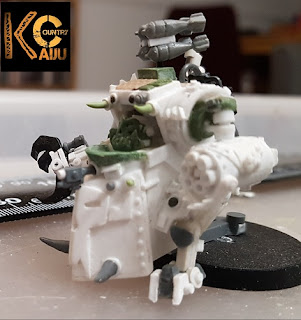 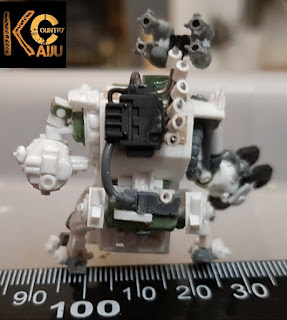 Well, I have 1.5 28mm scale Warhound Titans to complete before the Titan Owner's club walk in June.

Although the hounds will be my main focus for the next month, painting Mollog and Throgg really gave me the urge to create a Gloomspite Gitz Troggoth army so that I can play some casual games of Age of Sigmar.  Below are some WIP images of my first Fellwater Troggoth - he's nearly finished and has some friends on the way too! 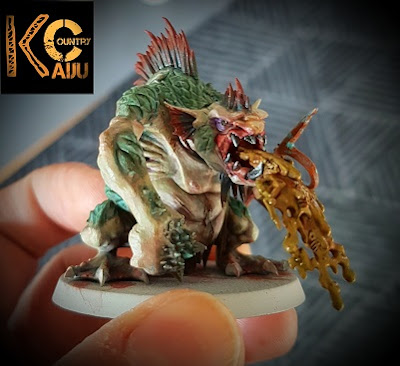 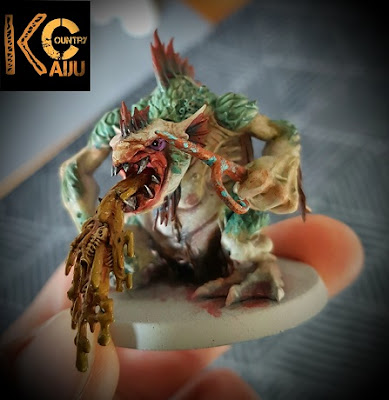