Out with the old!

With the recent release of the new 8th edition Imperial Knights Codex, I decided that I would revisit one of my Imperial Knight Freeblades: The Kodiak.

My original vision for this model was that it was piloted by a grizzled old mercenary.  His heraldry and the look of his knight were bear themed, so I painted it in shades of brown.

I was never happy with how he turned out; the browns and brass trim all seemed to meld into one another and the model also didn't stand out from his (brown) base.  All in all, he just looked like a big shiny turd... 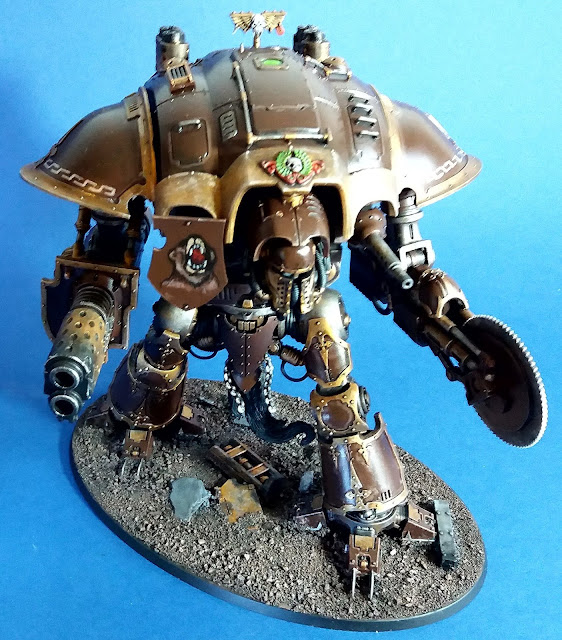 Although I still love the buzz-saw blade which I originally equipped him with, it just never really fit with the Kodiak's theme.  As such, I decided to replace it with a more bear-like Thunderstrike Gauntlet with extended ursine claws.

The faceplate also needed a swap-out.  When he was originally built, it was with the original knight kit which had a limited selection of helms to choose from.  The subsequent release of the Warden kit included alternative face plates and the one with the 'snout' seemed like a perfect replacement!

I also came to the conclusion that a hoary old bear would happily pound the enemy with whatever weapons he could lay his grubby sell-sword mits on.  So I also decided to up-gun him with an Ironstorm missile pod for when you absolutely, positively have to kill every single mother hubbard holed up behind cover...

As I would be adding a carapace weapon option, I had to move his totem.  This didn't present much of an issue as I wasn't a fan of the carapace badge I'd used the first time round.  Some trimming and sanding ensued with me accidently snapping off his tilt shield during the process (which turned out to be rather fortuitous as I could then repaint it more easily!) - and his new symbol was in place.

I decided that I would try and save the tilt shield freehand bear symbol as I was rather fond of it.  As I was going to repaint the hull of the knight in black, I made the decision to repaint the edges of the tilt shield in a white spot colour and use white in other key areas to break up larger areas of plate.

I secretly also wanted to try out some new weathering techniques which I had devised and I think they worked in spectacular fashion! :)

And so, without further ado, I give you the Kodiak reborn! 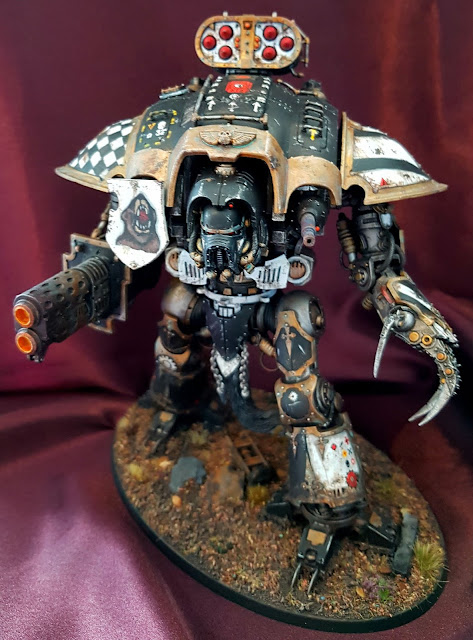 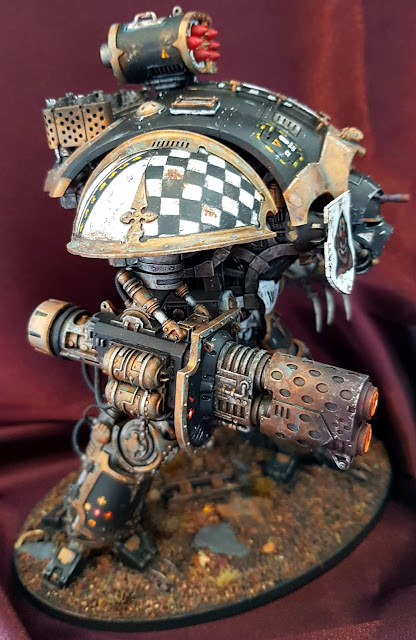 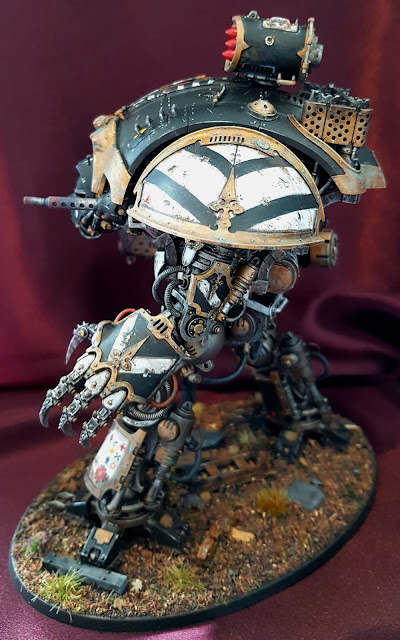 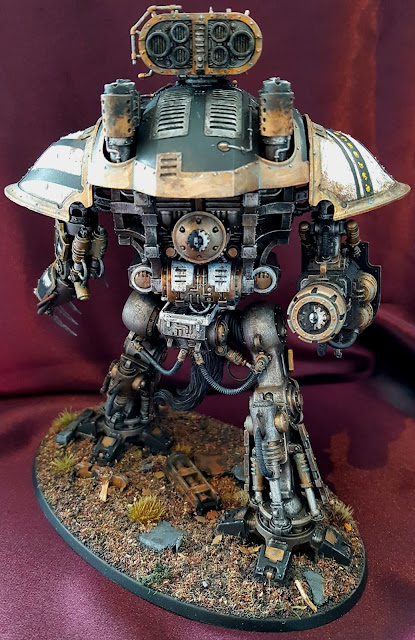 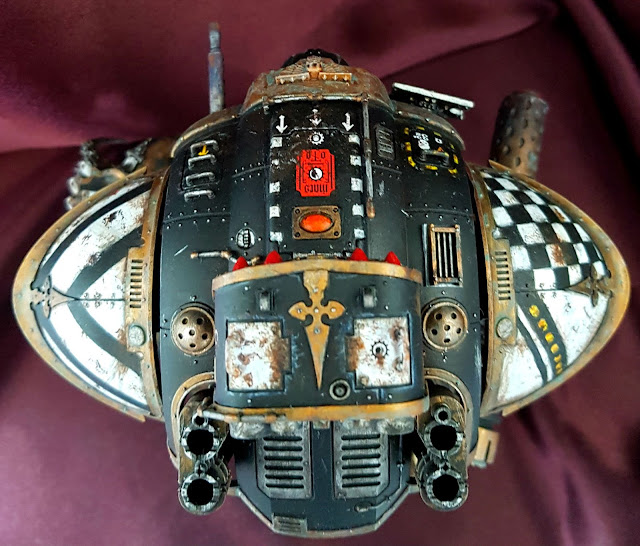 Please let me know whether you think the overhaul was a success - I certainly prefer his new look!