Today I wanted to focus on a few different subjects rather than just one...


My sister and her family recently came over from Canada for a short visit.  One of our days out took us to Nottingham for the annual Sherwood Forrest Robin Hood festival.

It was a great day out as you can see from the picture below which I took at the end of the 'Outlaw Hunt' which involved searching for Robin Hood and his incredibly well hidden men.  We found Robin Hood in a bush, Will Scarlett inside a tree and Maid Marrion with a fern on her head!
﻿﻿﻿﻿
Anyway, as she was only with us for a few days, I wanted to give her, her husband and the kids something nice to take back to Canada with them.  I instructed each of them to find a stick as I wanted to try out some new techniques to make them a nice little keepsake each.

The simple answer is WANDS!! 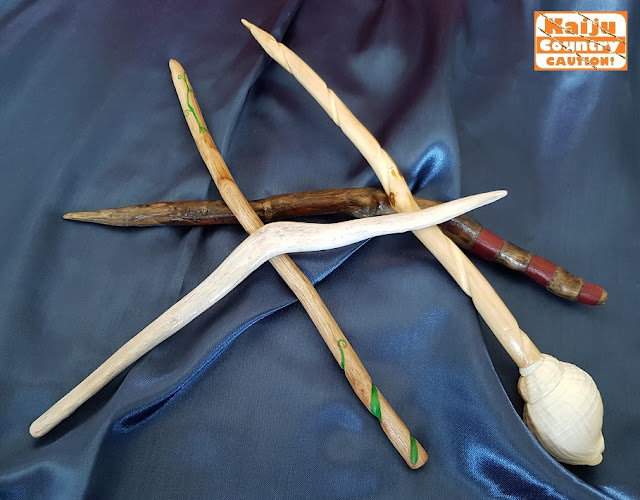 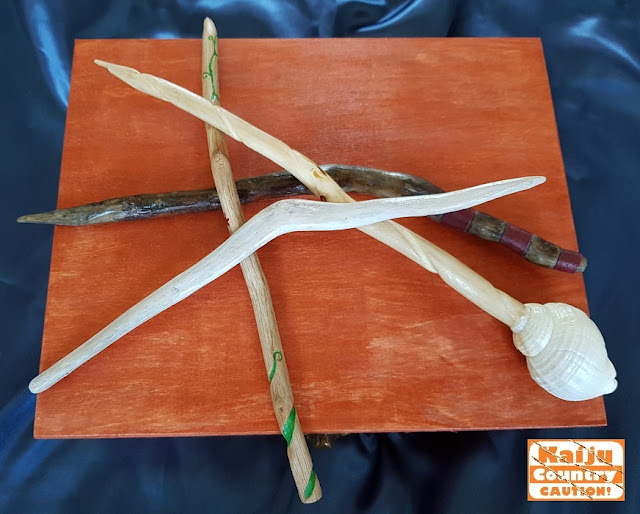 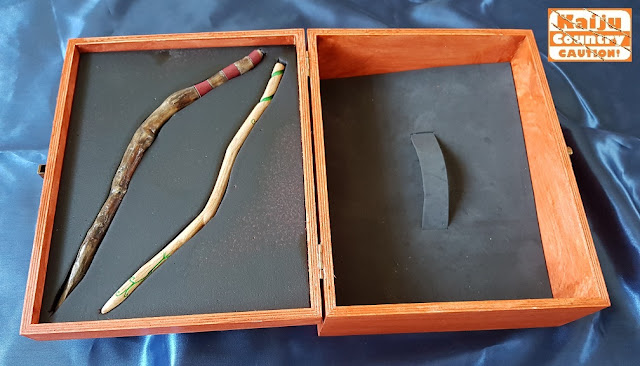 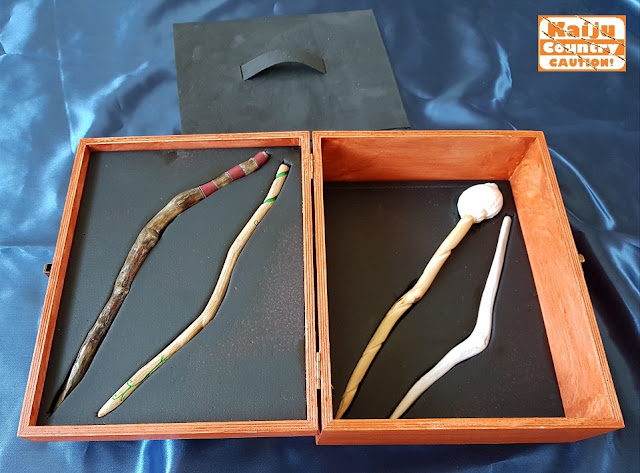 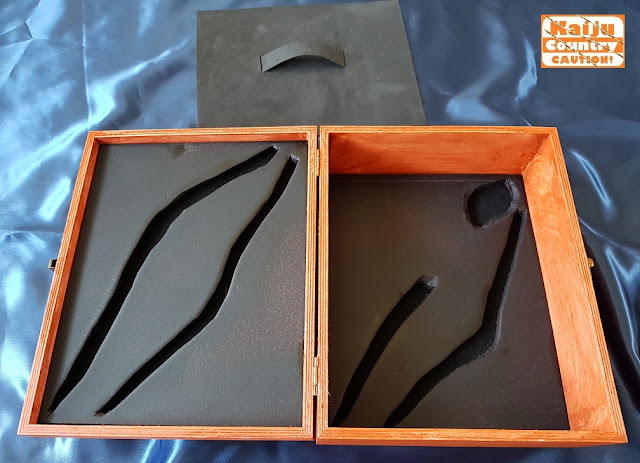 That's right, I made each of them a whittled 'Harry Potter' style wand and created a custom storage box for them!

I was pretty pleased with the overall result as a sort of display piece rather than having any really practical use.

The box was a basic softwood storage which I picked up a while ago.  A light sand, some wood stain and a couple of coats of varnish later and it was ready for the lining which I made from sticky backed felt to protect the wands from the wooden surfaces.

I then carefully measured the inside rim of the box and stencilled the wand shapes onto a large piece of 10mm EVA foam.  Once I'd cut it all out and covered it with a black priming agent, I glued it into the lid and main box recess. It's worth noting that I deliberately cut the foam slightly larger than the wands at the bottom (to allow for foam shrinkage when I heat sealed it) and smaller at the top to hold the wands in place.

Overall I think it worked pretty well and may well use the EVA foam again in the future for creating transport cut-outs for large miniature custom cases life the one I put together for my Reaver Titan.  I wouldn't recommend this for small or delicate miniatures as the heat treatment and priming stiffens the foam to the point where it could damage intricate components.

Anyway, here's some more shots of the wands themselves...
﻿﻿

While we're on the subject of random props...

I thought I'd show some pictures of a Cthulhu-esque Dungeon Master Mask which I created a while ago.  The creation process was pretty straight forward.

I bought a basic pre-fabbed mask, added some texturing using paper maché and then after it had dried, I sculpted over the top with my usual bulk putty mixes (see my brood horror article for more mixing tips!).  Following that, it was just painted and varnished as normal.

I have been working on a Frost Giant conversion for a friend recently.  Tom from the AoS Path to Glory campaign I'm taking part in collects Beastclaw Raiders and had a Mourngul miniature which he wasn't sure what to do with.

I had recently seen an excellent conversion over on the Exprofundis Blog (http://www.exprofundis.com/frost-giants/) and was desperate to give it a go, but with a slightly different take on the idea.

The Frost Giant which I wanted to build for Tom would use the 'Incarnate Elemental of Fire' ruleset but replacing Fire with ice.  To fit this, the Frost giant would need to be a part magical force of nature, hunting the desolate icelands in search of prey...

My idea was for a gigantic, wiry tracker, sniffing out its quarry in a squat pose, ready to spring up and lope off towards an unwary victim.  Being partly magical, he would have a chill aura around his hands which he'd also use to fashion huge icy spears which could be thrown like a javelin to skewer a raging Thundertusk!

Well, that's all for now, but stay tuned for more updates soon!