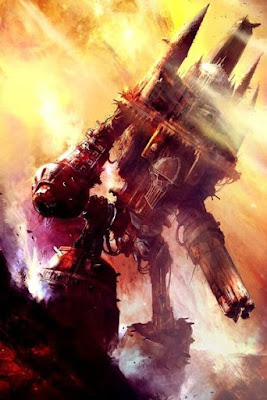 Before Christmas I packed away the Imperator Titan as it was taking up a significant portion of our living room which we required for festive decorations.  My wife remained unconvinced that a four foot robot model with tinsel over it was equal to a Christmas tree, so Ira Metallum had to be shuffled off to the garage!

This enforced hiatus also gave me time to work on other projects such as the Trogg King which was a nice change of pace and gave me the opportunity to stretch my freeform sculpting muscles again.

Initially I wanted my 40th birthday in February to be the end point for my Imperator build, but due to [real life], I had to pause work for a few months which really put a dent in my schedule.  At the start of February I started pondering the big questions like; 'does the Imperator need stabilising toes?' and 'how will I segment the armour plating?'.  This led me to start sketching and reworking the foot and shin designs.

In order to get the legs locked into the feet and shins, I would need to complete the detailing and paint any hard to reach areas in advance of the final assembly and fixing the titan to its base.  As such, I needed to get the inner shins detailed in a similar way to the thighs.  I had sketched out the inner shins previously, but opted for a slightly different design for the inner sections.

The original Imperator Titan didn't actually have any thigh armour plating, but I thought this was a little cavalier of the Mechanicum given the amount of fire the legs would be likely to take!
While designing my Imperator, I made sure to reference the existing Forgeworld titan range as it's important that Ira Metallum fits in with the rest of my growing legio.  With that in mind, I intended to give curves to the majority of the armour plating, even if only subtle compared to some of the sweeping curves of a warlord.

As I have mentioned before, compound curves are the most difficult thing to produce - especially in pairs!  It took me a long time to work out a process which would work without costing the earth or taking an age to produce.  It's a little odd, but here's how I went about creating the curved knee pads.
Firstly, I think it's important to describe my dilemma - foamex is strong, light and great for any straight edges which do not need to bend.  If you try to bend or heat foamex, it creases, snaps or melts, so this was not the best material for the job.  I have created curved areas such as the pelvis using the 'loaf of bread' technique which is a number of sheets cut to size to create the shape with many layers, but it's not ideal for smaller areas like the knee pads.
Styrene can be bent far more easily unlike foamex, but it also has limitations.  In general, styrene can bend in one direction.  If you try to bend it in more than one direction, it will simply snap and / or buckle.  You can heat styrene and bend it, but I find the material far too unpredictable with heat - it has a tendency to deform with heat, so you can't get a consistent shape without a vacuum forming tool, which is a very expensive way of solving the problem!
Eventually I came up with another option.  Enter Worbla - it's a special thermo plastic which can be heated and formed into any shape then becomes more rigid once it's cooled again. It's mainly used for cosplay as it can be used to produce lightweight armour plating with minimal effort and can be cut with shears or large scissors so is very easy to use.  It also has another curious property which is that when heated, two pieces of Worbla can be stuck together, creating a solid bond.  This can be done again and again without any degradation in strength!  I find this endlessly fascinating, but I do recognise that I am probably alone in this! :)
I created a template with graph paper then test fit this to ensure I had the correct size next to the legs.  I then marked and cut out two identical knee pads in Worbla.

I did some more design work on the Imperator head as I wasn't 100% sold on my previous designs and I had learned a fair bit about what would work while creating my custom Warlord head!

Although I am still saving up my pennies for a Forgeworld Warlord Titan, I bought the Mars Beta Warlord head a while ago when I visited Warhammer World as I wanted to convert it to more closely resemble the MK II Epic Warlord Titan from yesteryear.

I won't describe all of the steps which got me to the final sculpt as it's fairly self explanatory.  Below are the pictures I took throughout the process. (The final pictures show the head with a basic paint scheme, but I still need to add details and decals!) 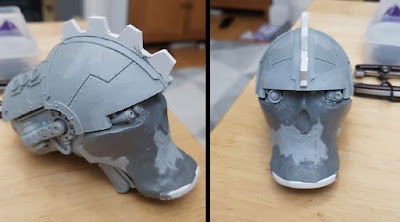 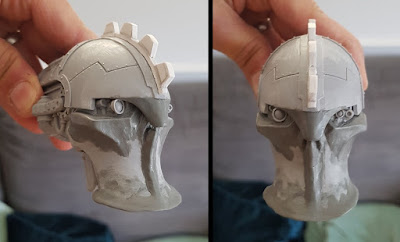 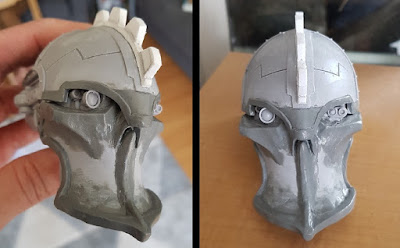 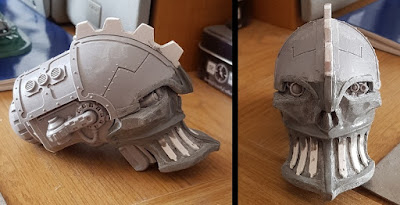 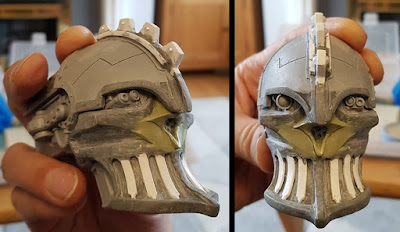 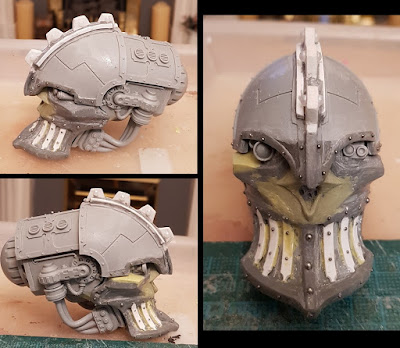 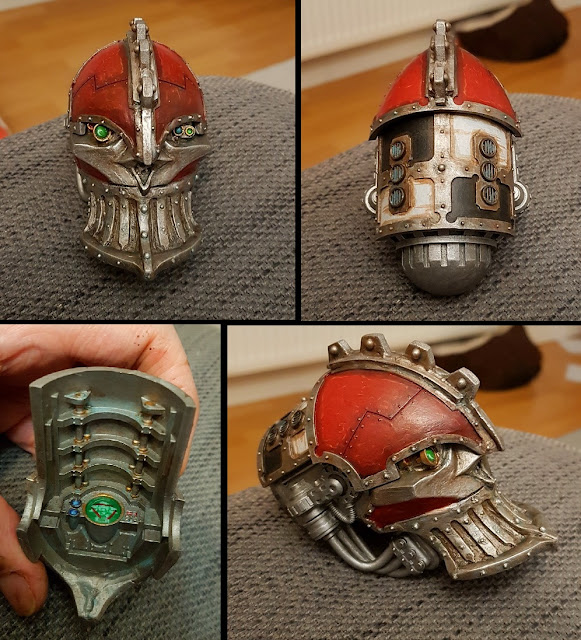 I felt that my Troggherd was missing some magical assistance, but I didn't want to sully the purity (or stupidity?) of my Troggoths with a goblin.  I decided to procure a Sourbreath Troll to convert into a Fungoid Cave Shaman.  I was quite pleased how he turned out as he fit beautifully onto a 32mm base making him a great proxy for the goblin alternative! 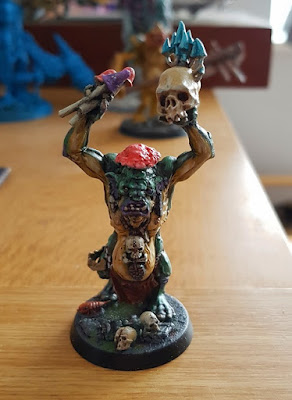 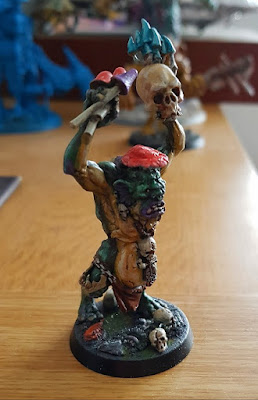 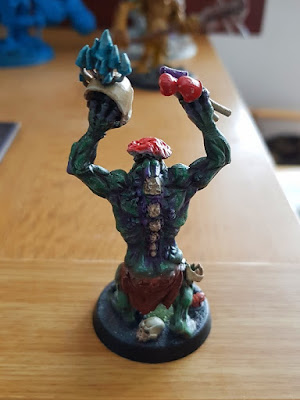 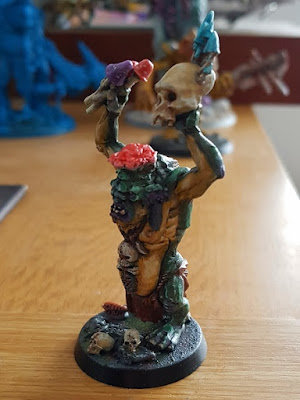