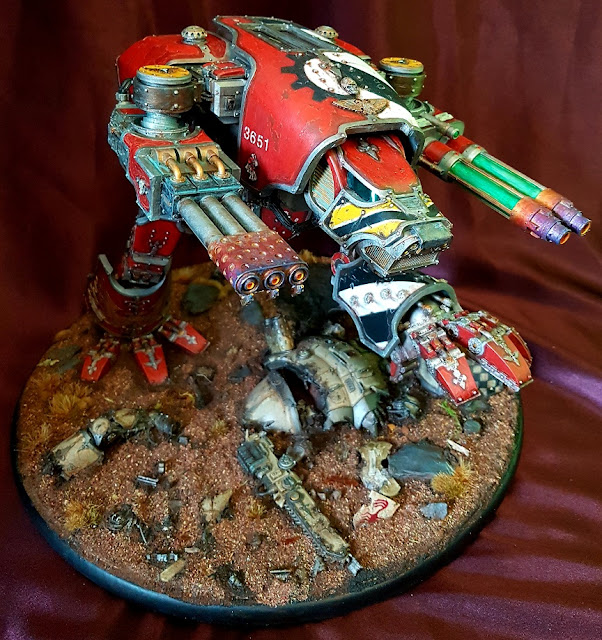 Despite having finished and run him at an event almost a year ago, I have finally got myself in gear and taken some decent images of  my first Warhound Titan Fulgur Manus; so called because of his Turbo Laser armament.

I was very pleased with the final pose of the model and with the 'dead' Malinax Knight on his base.  I'm now in the process of finishing off my second Warhound Excidium Rex before I post some images of him too! 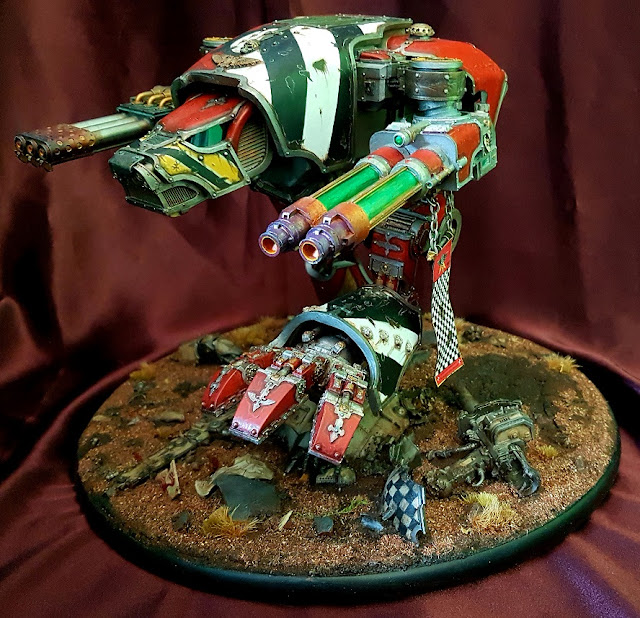 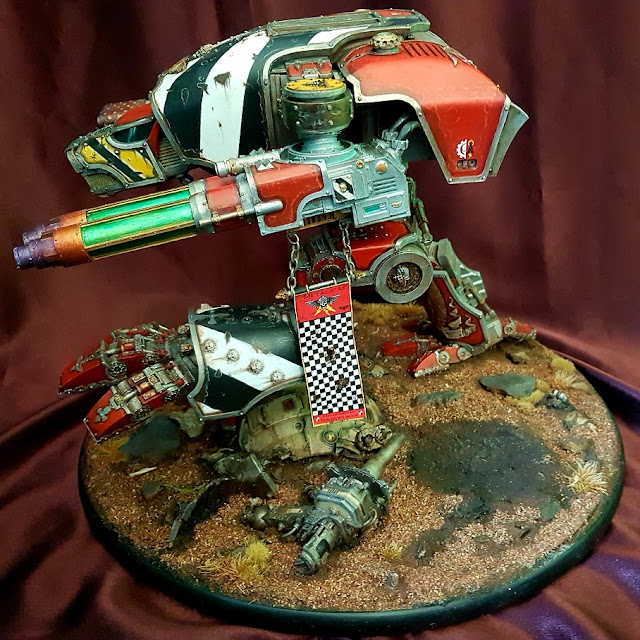 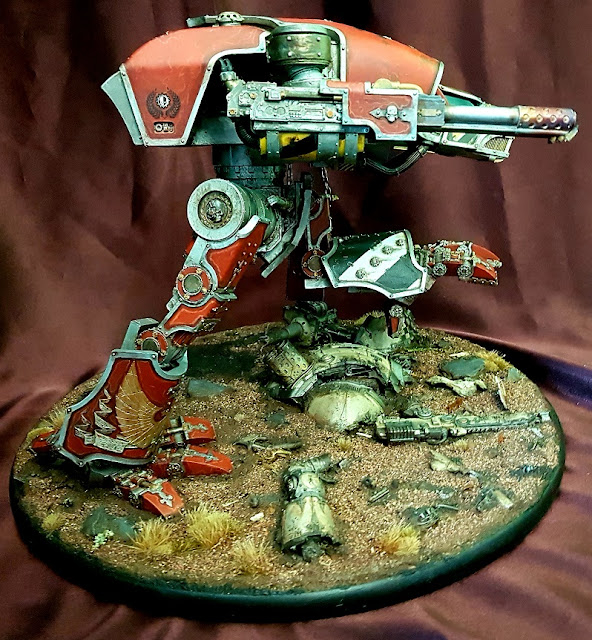 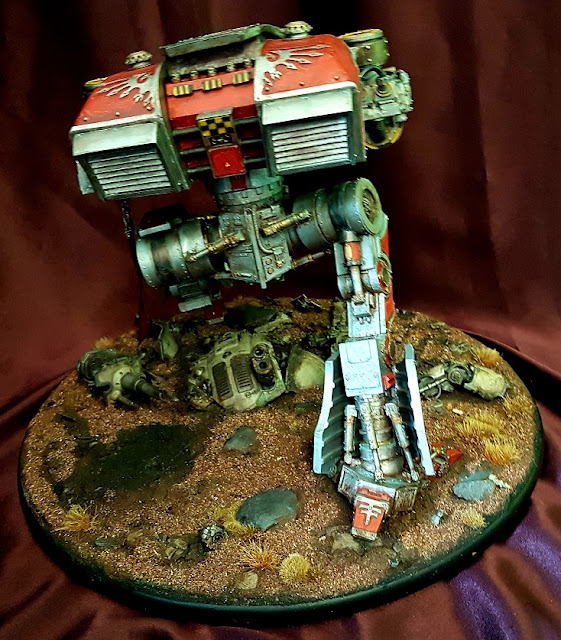 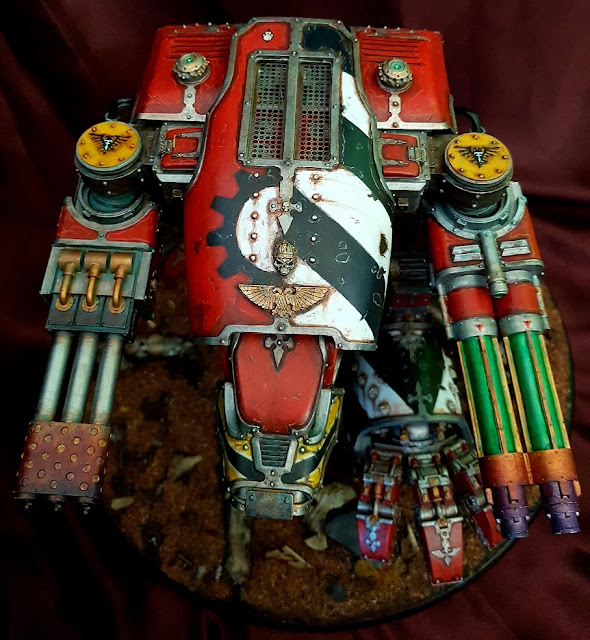 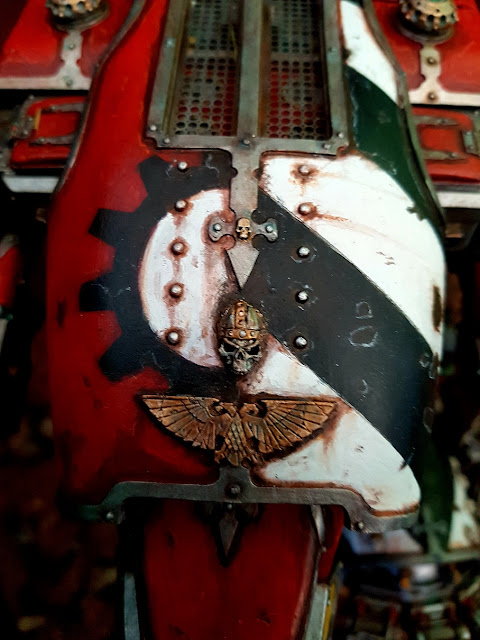 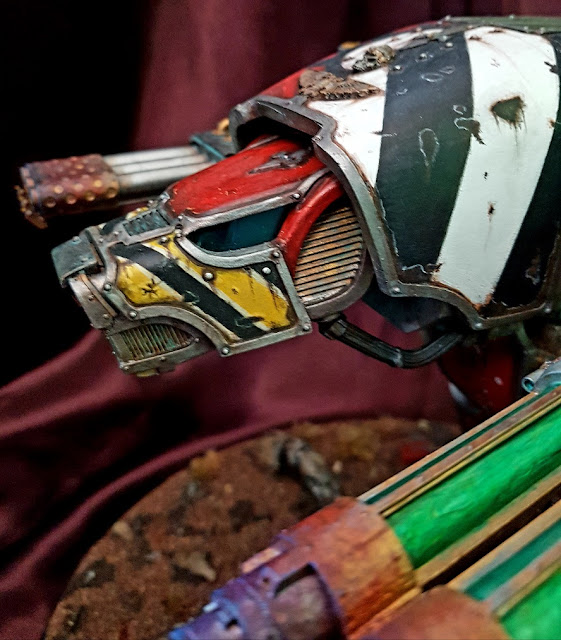 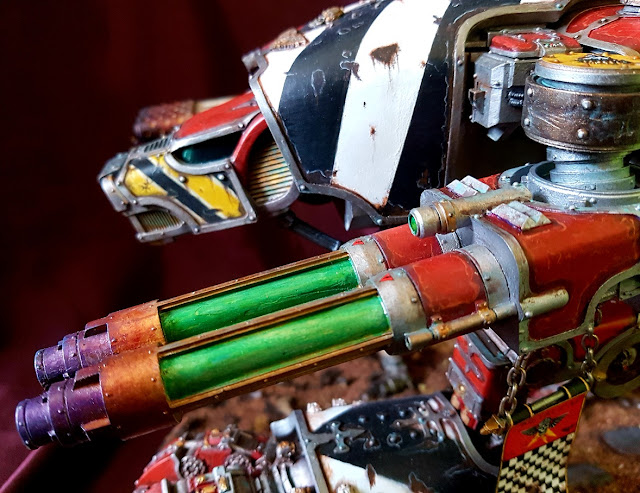 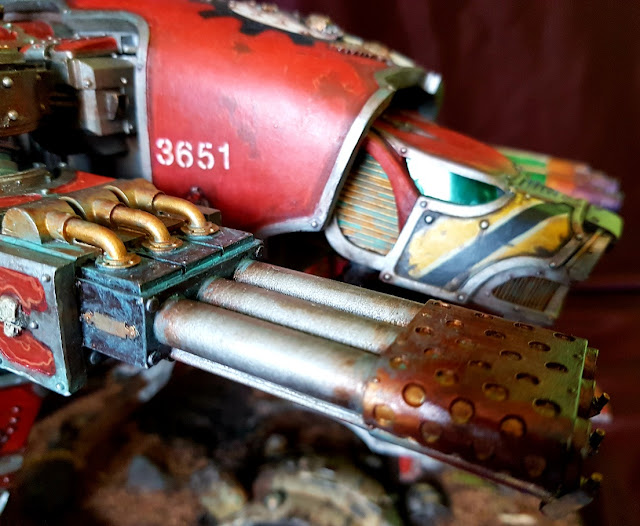 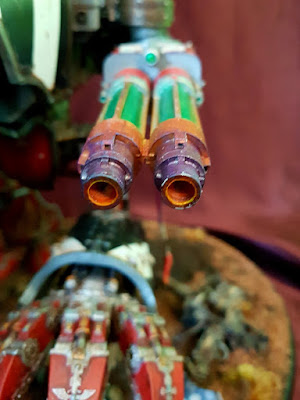 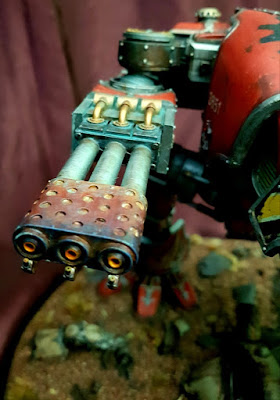 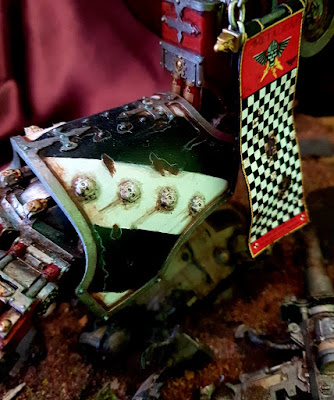 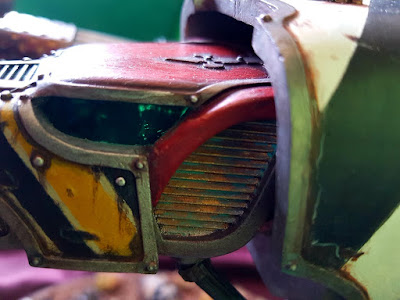 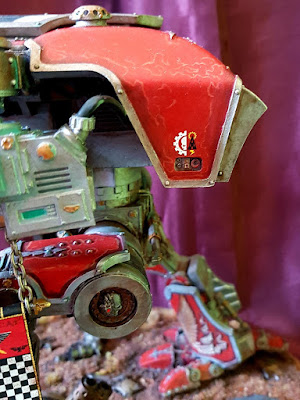 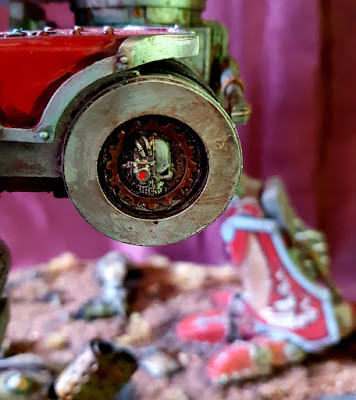 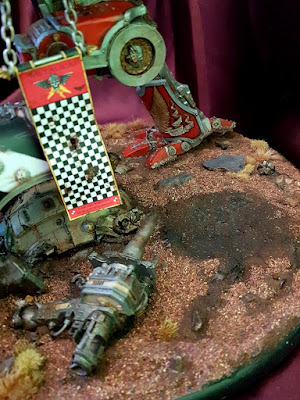 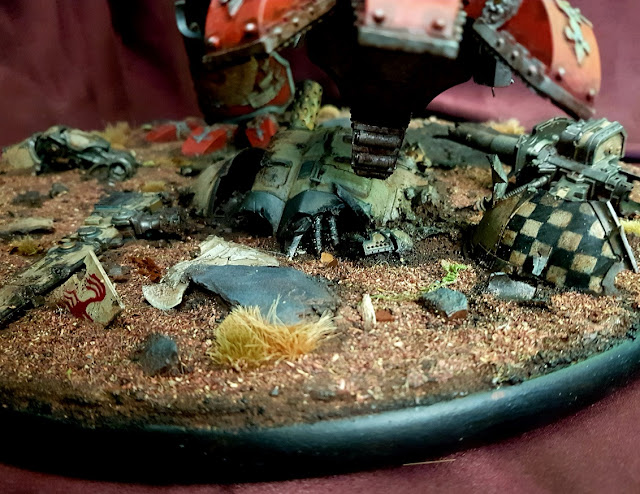 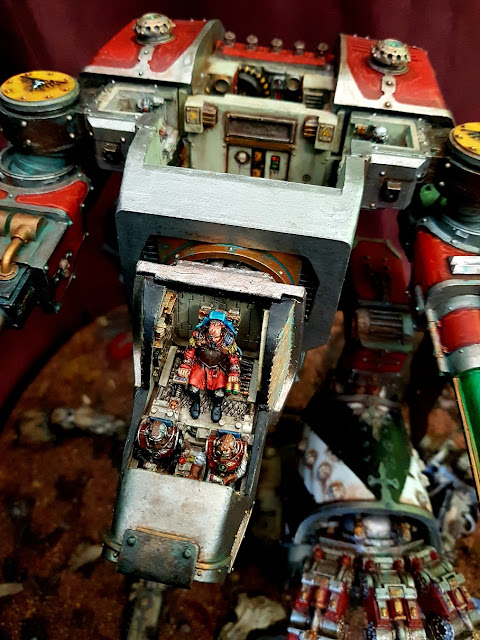 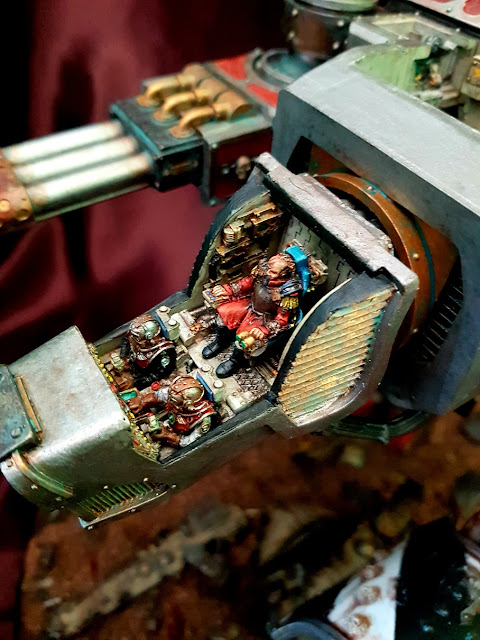 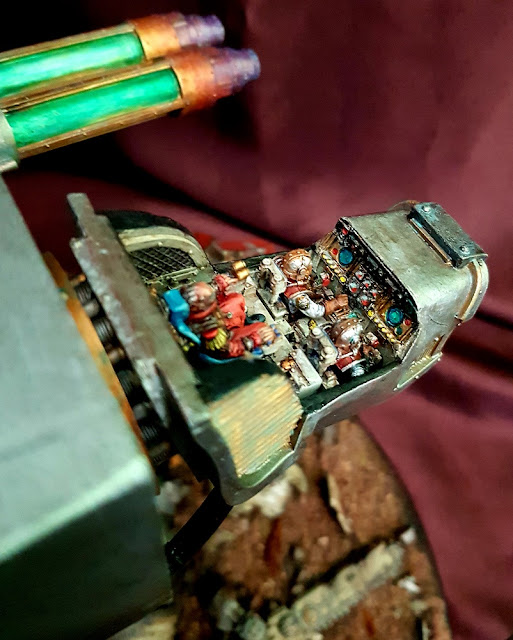 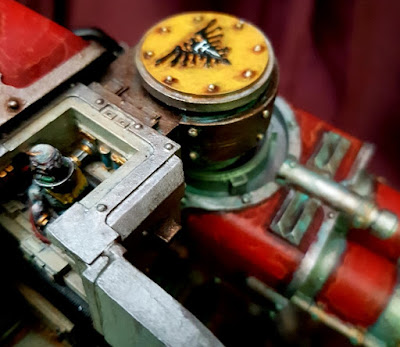 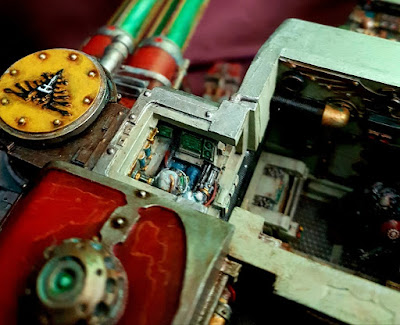 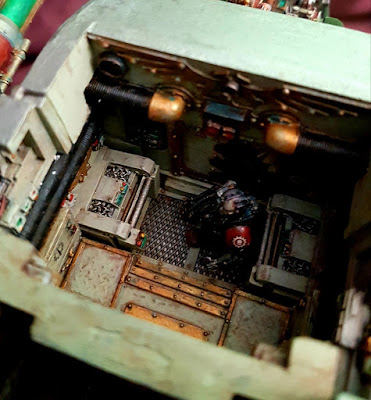 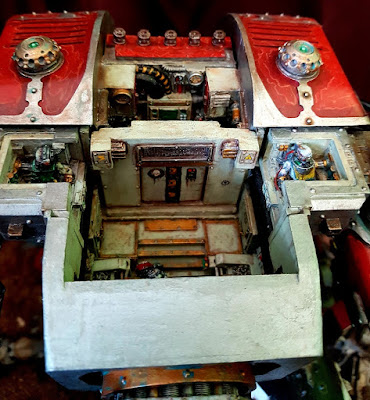 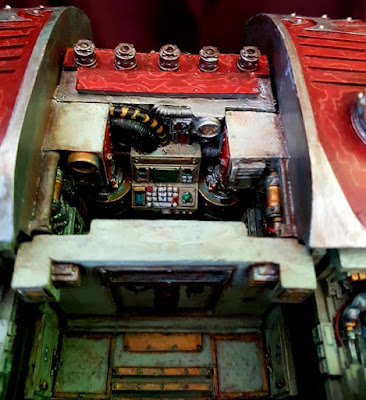